A Theory of Everything ; Elegant Information 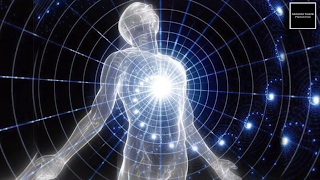 Ever since the beginning of our so-called civilisation, man has been fighting against nature, his mind, his consciousness and thus against himself. In fact, man destroys himself because he cannot or will not understand how reality (nature) will keep him alive. I have already written a lot about this 'error of perception'. Man thinks he is above nature or outside it, but does not see that he is a part of it. So he goes on destroying that nature and thus himself. The goals he sets for himself, such as an ideology or religion, are unnatural because they are based on a selection of information and therefore will not acknowledge or use all the information. This is the first mistake man makes. By suppressing or denying information, he denies nature, for information cannot be physically separated from reality, say from the living world. Thus, in line with Brian Greene's book 'An Elegant Universe', there is universal and physically elegant information available to inform man how not to destroy himself. The value of such information has, in my opinion, gone unnoticed for too long, but research shows that together, as part of the universe and therefore nature, we are made up of information, matter and energy. If you add to that our consciousness and powers of observation (perception), you come to the conclusion that everything is in fact information. So we, as humans, stand as a door between the objectively observed outside and the subjectively felt inside of a total reality consisting of mere information. John Hagelin described this phenomenon as; 'we swim in an ocean of pure potentiality', of unlimited possibilities. This has been confirmed by quantum mechanics, which has revealed the subatomic world of which everything is made up, including you and me, and can be navigated by human questioning and the 'possibilities'. Elegant Information was and is always present to prevent damage to social cohesion, happiness, humanity and the environment. This is not a complex solution but one that is only possible if the truth is allowed to be expressed and will also be used. But in a totalitarian regime, the first victim is the truth. Beauty and splendour are always based on truth. Nature cannot lie to itself because it MUST use all information in order to survive. The universe is programmed this way. People are also programmed this way, but most of them are not blind, they refuse to see. Stephen Hawking and other physicists and mathematicians have been searching for a Theory of Everything for centuries. An all-encompassing physical description of all physical laws such as gravity, the speed of light, relativity, time, space and heat, etc. What I have done is simply reduce these laws to 'information', for as I have described above, the door to reality, or knowing, is our human perception and processing of information. But not only through our senses; smelling, seeing, hearing, touching and tasting, which is called empirical or reductionist perception, but also through our feeling, imagination, intuition and sensation, our consciousness, which is called holistic perception. It is here that current science fails, because it does not consider consciousness or subjective perception to be scientific. But this is what James Gleick wrote about in his book 'Chaos', about the end of deterministic sciences being replaced by 'chaos, complexity and uncertainty', based on 'non-linear' sciences: as follows:

1.       Relativity eliminated the Newtonian illusion of the absolute.

2.       Quantum mechanics eliminated the dream of a controllable measurement process. Mechanistic thinking had played tricks on the human mind. It gave people the illusion of being objective and in control (looking in from the outside), but subjectivity (the observer effect) is confirmed by Quantum Mechanics and Quantum Consciousness.

3.       Chaos Theory eliminates the fantasy of deterministic predictability, but discovered that order from chaos is a natural phenomenon.

4.       Systems theory: everything is connected, interrelated and interdependent (the observer effect).

5.       Cybernetics. Norbert Wiener, Stafford Beer and Ross Ashby et al. understood and used this notion of non-linearity and came up with the solution of the required diversity, namely maximising learning and the use of information to control and direct energy and matter through the human mind and actions. Von Foerster spoke of always maximising choices or options. Paul Pangaro speaks of 'conversation'.

6.       Claude Shannon, Rolf Landauer and Seth Lloyd state that information is 'physical' and cannot be separated from universal reality. ‘Information is the resolution of uncertainty’.

7.       The concept of the butterfly effect had to be introduced into science to understand chaos and complexity theory as unpredictability (non-linear effects).

Current international, political governance systems do not allow for this potential. The objectives are restrictive because there are always surreptitious interests to be served, which I describe as the psychological disease of 'more'. So it is about us as thinkers, writers and simply as people, sharing these insights and warning leaders that nature will never allow them to destroy the world and humanity without destroying themselves too. These laws of nature do not allow anyone to escape. For an information deficit means disorder, which in physics is described as 'entropy'. Even if a form of collectivist neo-fascism is installed, it will also destroy those in power. So perhaps it is better to think for a moment and 'govern' according to nature.  And that is possible because the information to do that is already available in balance and in line with humanity and reality.