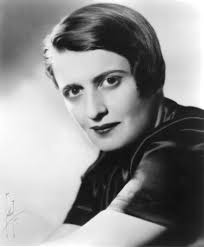 As a thinker, ethicist and human being, I closely follow the developments concerning the dreaded virus 'Corona' and the disease 'Covid 19'. As a Dutchman living in Switzerland, I see from the mountain on which I live that things cannot continue to go well in a country where, last year in fact, young people were the happiest in the world. On Linkedin, which was actually a business relations platform, a discussion has broken out about power, divide and conquer, which you can see is between proponents and opponents of the draconian policy of our cabinet. The advocates are mainly frightened, cautious virologists and epidemiologists, certainly not anthropologists or psychologists or economists, but the opponents of the forthcoming emergency law are scientists who are taking measurements of the side-effects, i.e. collateral damage that have disrupted our society and destabilized social cohesion. So what do we do now? As an ethicist, but above all as a cybernetic, I know that when information that is not agreeable to an objective is suppressed or denied, it causes disorder (entropy). I don't just say that or think that, but this is a physical law. Information cannot be separated from the physical reality and must therefore obey physical laws. There is no decoupling possible, through political or financial agendas, without causing and accelerating negative effects.

So look around you. Things are not going well either for the economy or for people's well-being. Wearing a face mask is another such example. For - and opponents fight each other with diametrically opposed pseudoscience, while only one rhetorical question is needed: 'is wearing a mouth mask good or bad for a human being? Don't come up with; if it doesn't help it won't hurt, but think about it for a moment? And then comes the next reasoning; 'then do it for your fellow man'. Well, that reeks of the kind of altruism explained by Ayn Rand: 'Altruism means that man has no right to exist for himself, that service to others is the only justification for his existence and that self-sacrifice is his highest moral duty, virtue and value. This has nothing to do with kindness, goodwill, respect or charity'.

Selflessness has a price, which is that you yourself can literally get sick of it, and that should never be the intention. Of course you can help your fellow man, protect him, but that should not be at your own expense, because in that way altruism always causes two victims: your fellow man and you. A government that asks or suggests this may not do so because the first cause of forcing altruism by encouraging guilt is an unethical act. So the question why would a government in order to be able to achieve their goals, do that by manipulating their fellow man, their citizens? This is a sinister method that you should see through. But how can a whole people who would rather be amused than informed stand up to this? This path now being followed by ministers is dehumanizing because it uses the insight  that most people trust a government because they either do not have the knowledge or are not interested in politics. And this fact is what makes this period in the Netherlands and other countries so dangerous and scary. It reminds me of Romania, yes, I wrote it before, where by stimulating mutual distrust, an entire nation could be terrorized by an all-powerful government and their executioners, the Securitate. You cannot live in such a world. You don't want to live in such a country, so it is now or never, there is still time to demand that we insist to stay happy and that is only possible through cooperation and trust in each other as human beings.