Ruling the world by technocrats is harmful if pursued 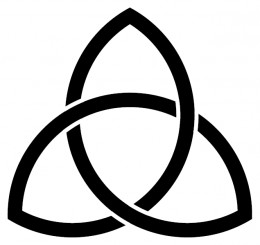 Since I started this blog in 2013 I have written extensively about the human perception problem, the way people think in parts and can’t see the whole. People really do believe that they can control life, nature and the world because they have been educated, from childhood, to think mechanistically, reductionist or analytic. They believe that all living systems are mechanical structures, consisting of parts. When such systems are broken down, all you have to do is to take them apart, look at the parts, repair or replace the non functioning component, reassemble the system and the system will function again. But this is a misunderstanding, a misconception. Why? Well for starters; when we look at biology and physics we can conclude that living systems can’t exist outside of the environment. It is the environment that enables functioning, also of mechanical, man made systems. Interaction is also part of a machine in order for it to work. Creativity, thought, handling, action are also conditions for a mechanical entity to function. So, in fact, there are no mechanical systems, we just perceive them as such. There are only dynamic, evolving systems of which behavior can’t be planned or predicted. And that is where our governments go wrong. Central planning to vaccinate an entire population will not be able to control a non mechanical, so called non linear virus. What it will cause is that by interfering in the human DNA by mRNA vaccine, a potential destabilization risk could occur. In fact, a living system, organism, you and me, will be changed by it. A chemical metamorphosis of our bodies, but not of the environment, because the vaccine can’t alter that. Therefore, if my line of thought is correct, we are only addressing an effect of the virus, but not the causation. The vaccination is based on analysis and not on synthesis. To understand what could happen we can look at what risks GMO production is causing to life and the environment. When you see several Ministers of Health gloating on the news channels, bragging about that they are able of saving lives, we would have to remain very cautious. No one can predict the future impact of DNA manipulation. The empirical studies were just too short to guarantee safety. So, there we are, in a life that has been turned on its head for the many. People died from the Corona virus, I am not denying that, but the organised criminal efforts to pursue this road of mass vaccination suggests the question; Cui Bono?

When I receive a card that a baby was born, I just can’t be very happy, because I am truly concerned that his or her life will be to be spent in chains. I believe we have been lucky, enjoyed freedom of thought, speech, action, at least for a little while between World War 2 and Information War 1 (the present).

But the average Joe doesn’t want to think for himself. He’d be happy to go back to Stalin, Ceausescu or the old DDR. And this is what is happening. A few will rise, object to the draconian laws that are not just destroying livelihoods for the many, but the very joy of living. I am experiencing this myself. I don’t enjoy going to a restaurant or shopping center anymore where I am expected to wear a face-mask or chemically clean my hands with Isopropyl alcohol whilst I know that they are harmful to one’s health. So, when the fear of death is destroying the joy of life, what little is left to live for anyway? I remember we used to visit friends unannounced, entering the backdoor, but such spontaneous behavior is not tolerated any longer because, who knows, there already may be more than the allowed number of family inside, so you may be breaking social distancing rules. I could go on, but I guess you can catch my drift.

Therefore the idea for a Peoples Lobby (Human Well being Fund) and Noticracy seems valid, but probably utopic. Most people don’t want to be informed, but entertained. Professor Mackey said it wise: Fear or Laziness. We have adapted to a life of convenience, and that is very easy to be exploited by an insidious elite.