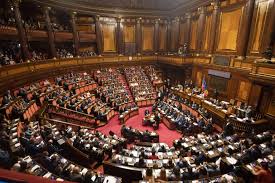 We propose to end non-functional democracies and replace them by Noticracies, which is a portmanteau of Notitia, Latin for information and Kratia, from Greek, meaning ruled by or governed by. NOTICRACY would be the only viable form of sustainable and just government.
Based on information theory, physics and cybernetics we understand that sustainability and the stability of life, living systems, governments, society, the environment, social cohesion, and bio-diversity depend on information thru communication, cognition and conversation. People are looking for a new form of government because they understand and physically experience that the current forms of governments are often harmful and unjust. The way that our so-called democracies currently function can't be called mutually beneficial and just.
This is because such forms of government do not comply with the laws of nature and thru ulterior motivation, suppress information that exposes their governance system as being negative interdependent, which means, it serves a few, but at the cost of the many, including society, environment, social cohesion, health and happiness for all. Therefore, after 10 years of research, we scientifically can demonstrate that 'government, or rule by information', would be the best possible way to sustain life on earth for the long term. Because there is enough information in the form of science, knowledge, awareness, experience to halt destruction of the environment, society and natural resources, we can start tomorrow by using that information for the good of all living systems. But, we are facing strong and powerful opposition. An interesting example is Belarus, where change towards a more just social cohesion is physically suppressed by police violence, risking civil war. In the Netherlands a speed law is being considered to put permanent powers in the  hands of politicians to impose draconian Corona laws, whilst the voices of reason by scientific argument (also information) is being suppressed. This is very dangerous indeed, because if in a democracy the voice of the people is ignored, what does democracy still mean? Right, it means nothing. Democracy is dead, because when push comes to shove, it is money that rules. Capitalism is dead. Socialism is dead, because they are 'dead' systems according to systems science as they don't and refuse to learn. Therefore we'd better replace them today by Noticracies all over the world, before it is too late.