The Science of Reality 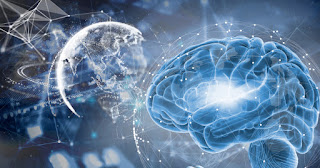 Ayn Rand wrote 'Reality is Real' 50 years ago. But what is reality? What is actual or realistic reality? We researched this and came to the conclusion that reality can only consist of all relevant information. So everything is information. Now you may not understand this, but that is because we are shaped by only part of reality. We only describe reality as reality if it can exist within the limits of reality or 'realism'. There are limits that determine its functionality. Outside those limits of reality, nothing can be preserved and anything we shape in that way will be considered unnatural by the universal reality in which we find ourselves. We can describe this as the laws of nature that we depend on and are a part of.

I recently read that there are about 450 scientific disciplines, from biology, information technology, political science to chemistry, physics, geology or geography, you name it. What these sciences have in common, after investigation, is that they are bound by rules determined by people. Only if something can be proven 'empirically' and can be repeated by others with the same results may it be called 'scientific'. Empirical means; 'sensory'; the current human senses allowed by science consist of 5 senses; smell, sight, hearing, touch and taste.

But the question we must ask is; is this so-called 'reductionist' determinism sustainable in a complex world that does not consist only of measuring cause and effect? Today's science is analytical, it dissects sensory reality into parts, then looks at those parts individually and reassembles the whole to scientifically determine what it is. But according to Fritjof Capra, the Cybernetics, Einstein, and many others, all of reality does not consist only of what we as humans can sense.  James Gleick already wrote about it in his book 'Chaos' about the end of deterministic sciences being replaced by "chaos, complexity and uncertainty" based "non-linear" sciences: as follows:

1.           Relativity eliminated the Newtonian illusion of the absolute

2.           Quantum mechanics eliminated the dream of a controllable measurement process. Mechanistic thinking had played tricks on the human mind. It gave people the illusion of being objective and in control (looking in from the outside), but subjectivity (the observer effect) is confirmed by Quantum Mechanics and Quantum Consciousness.

3.           Chaos Theory eliminates the fantasy of deterministic predictability, but discovered that order from chaos is a natural phenomenon.

4.           Systems theory: everything is connected, interrelated and interdependent (the observer effect).

5.           Cybernetics. Norbert Wiener, Stafford Beer and Ross Ashby et al. understood and used this notion of non-linearity and came up with the solution of the requisite variety, namely maximising learning and the use of information to control and direct energy and matter through the human mind and actions. Von Foerster spoke of always maximising choices or options. Paul Pangaro speaks of 'conversation'.

6.           Claude Shannon, Jim Khalili, Rolf Landauer and Seth Lloyd state that information is 'physical' and cannot be separated from universal reality. Information is the solution to uncertainty'.

7.           The concept of butterfly effect had to be introduced into science to understand chaos and complexity theory as unpredictability (non-linear effects).

8.           Information deficit by definition means 'entropy' or disorder in living systems. This confirms that reality can remain in balance through information.

What we observe today is that the deterministic, reductionist, i.e. empirical approach to reality produces a new, extreme form of science called Scientism. This results in an all-out technocratic drive for control guided by ideological objectives. The current form of capitalism has made everything dependent on money. In the first place, at least if one wants to survive in Western society, one has to have money to eat and to keep a roof over one's head. You can see that negative consequences, such as damage to nature and life, are seen as secondary because the priority is money, which buys power. Sustainable solutions will therefore always remain unattainable while in the meantime the conditions for human existence are being destroyed. Fuelled by Scientism, an extreme form of illusionary human control over nature, we are faced with negative, interdependent social systems such as industries, governments, businesses, professions, etc., which defy reality, as it were, and are doomed to ignore truth over and over again because they believe they have to. Ignoring reality because they believe that this is the only way they can make money and stay in power. This is a false 'perception', but one always forced upon others by those who profit from the continuation of the present financial system. This system is thus pushed to operate outside the limits of reality (borrowing, money creation from nothing, government debt, etc) in order to continue to exist. In fact, they force themselves beyond the limits of functionality, so they are by definition dysfunctional and negatively interdependent because they benefit a few, but always at the expense of others, nature, the environment and society. This is untenable because the laws of nature cannot be broken by man. The tendency towards control of the world and everything on it by an enormously rich elite will not be allowed by reality, defined by the laws of physics. Scientism is not an answer to being able to control a virus, for example, through mass vaccination. The exclusion of certain population groups because they are not vaccinated leads to apartheid and thus to a disruption of social cohesion. Moreover, this approach is not scientific because it is based on fear and assumptions and not on evidence. A science of reality consists of and takes into account all relevant information, including those sensory, human perceptions such as feeling, intuition, imagination and sensation, which unfortunately are still radically banned by the ruling scientific institutions. Worse still, there is a dangerous trend towards a scientistic, technocratic totalitarianism at the expense of humanity because the rich elite want to own everything so that they can conquer their fears. Only when they own everything can things calm down, although anything earned at the expense of others will never bring happiness, simply because of the neurological fact that remorse cannot be switched off. The current scientific and political elite supports this trend, therefore humanism will be abolished forever until that illusion inevitably collapses but only after much suffering and blood has been spilled. So, my proposal: A new Science of Reality is crucial for our survival. The information, knowledge and insights are already available to make it happen. A suggested credo for a university; 'Here one learns how reality works'.