The nearing future for common citizens. 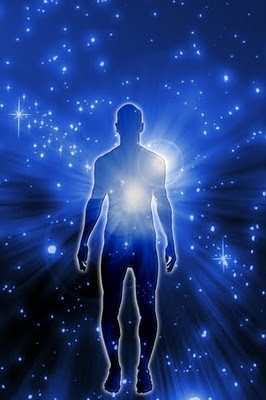 When I follow the media reports, statements, swearing and grumbling, I get the feeling that even if everyone has been compulsorily vaccinated, the effects of the draconian measures have negatively affected the lives of many people. You may have survived the virus, but under what circumstances should you continue to live? Have you lost your job, quit your studies or gone bankrupt? Well, how can someone who has suffered these terrible things continue to live without the security of a basic income or expected compensation? And how will it affect your family, or your audience who can no longer come to see you in a theater or football stadium? I sympathize with you. You have been dragged into a mess that has arisen out of panic, but has not been corrected in time by information that contradicts it. Meanwhile there are signals from scientists and doctors, from self-appointed researchers, politicians and there is evidence from Sweden and Switzerland, for example, that the normal economy does not need to be harmed at all, because so-called group or herd immunity can be achieved. There are even medicines, but they are forbidden! But all over the world politicians, motivated or not by their friends in the pharmaceutical industry - and banking - are tumbling down to force you in the direction of that magic cure that will set you free from death forever. This is bullshit, of course, because everyone who is born has to die, whether or not from Corona.

The future of many in the Netherlands, but also in Europe, and certainly in the United States, looks bleak, because mass unemployment, the printing of billions of euros and dollars, will result in an unprecedented Weimar state. Hyperinflation cannot be prevented for long. It is already happening; countries and wealthy individuals are already covering their losses to buy massive amounts of gold and silver and other raw materials so that they don't run any risks if their cash starts to lose its value. But how will you do that? You have a mortgage, car payments, but no more income. Your unemployment benefit or assistance is too low to cover your normal living costs. So you have to get out of your house, but there are no social housing available because they have already been rented out to refugees and people who have lived on benefits all their lives.  These are all fellow citizens who benefit from the social system, but who in fact have contributed very little to it.

The future looks bleak for people who can no longer meet their own living needs. The 99%, you and I, are facing a difficult choice; staying afloat or going under?  This isn't doom that I'm talking about here. What is inevitably coming is computable and scientifically predictable by information theory in this logical way: systems; people, organizations, governments, industries, agencies, political parties, banks, and any other human-built systems that do not communicate, are honest, share information with all so-called 'stakeholders', are not viable, but before they implode, they are especially harmful to life. But together we can redesign, rebuild, change such malicious systems, but we can only do that if we cooperate. That's why we set up www.ieder1samen.nl. We can do it before it's too late. Of course everyone has an opinion, a judgement or tries to deny reality, but it is now or never. The Emergency Law is coming, and it doesn't look positively interdependent, because damage for many cannot be excused because it will benefit some. Blood is already flowing through the streets, there are uprisings that will become worse and more violent because if you have had to give up your way of life and joy of life, death will become more attractive.