Future of our Children 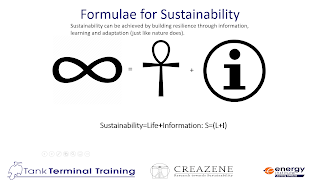 Now that I tested our Realimiteit Theory on various global issues such as environmental destruction, armed conflicts, trade wars, political strife and the current economic paradigm, it scares me. I now observe children in the streets, young pregnant mothers to be, young fathers teaching their children to ride a bicycle in a different way. I am concerned about their futures. Will they be free or will there be an ever increasing amount of imposed control of governments because leaders are trying to escape reality and build systems based on lies, half-truths and suppressing of information? I come to the conclusion that negative interdependent systems, organisations, industries or geopolitical agenda's will inevitably destroy our quality of living and ultimately human and non human life. All signs are pointing that way unless we start to share information and communicate about all subjects. Ulteriorly motivated goals are disturbing creativity, intervening with natural evolution and limiting the natural foundations needed for life.
Applying the theory on all we do, think and undertake from now, would have a positive interdependent effect and give us back control capacity. Like this we can change path-dependent institutions into learning and adaptive ones which can be steered by information. It would mean a complete redesign of harmful to non-harmful organisations (living systems). We are not outside reality; we are a part of it and the solution. The children I mentioned above will be the leaders of our world tomorrow. We have to train, teach and educate them by showing them how to sustain themselves, nature and all organisations within those boundaries of functionality which I have called within Realimiteit.